The overhaul of loading and hauling machine is completed at KMBA

04.04.2019 | News of the company
The site for the repair of mining equipment of JSC "KMBA" conducted a major overhaul of the loading and hauling machine Muckmaster 100D, belonging  to Trest-UralShakhtoSpetsStroy LLC.

Specialists under the leadership of Sergey Netochayev replaced worn parts and assemblies and repaired the engine, jib, steering and ladle hydraulic cylinders, as well as modernized the articulation of the bucket-boom, made the repair of the bucket itself with the replacement of sheet elements and the cutting knife.
In addition, machine builders made shot-blasting and painting of the components of the mechanism, restored electrical equipment, repaired hydraulic pumps and hydraulic system elements, and completely replaced high-pressure hoses.

On March 15, the machine was loaded onto the trailer, and after a week and a half, on March 25, she was already at the Rasvumchorr mine in the Murmansk region. As Roman Gorelkin, General Director of Trust-UralShahtoSpetsStroy LLC, said, the equipment is very much awaited at the mine’s production facilities. Last year, the order’s portfolio of subdivisions grew at once by three objects — the Yakovlevsky GOK (Severstal), the “Skalisty” and “Severny-Gluboky” (“Norilsk Nickel”) mines - so each mechanized unit in the “Prohodka” park is on account.

Roman Anatolyevich noted that his company has already used the services of the Kyshtym plant before, but such a large, full repair of mining equipment was ordered for the first time.

The choice of contractor is not accidental: firstly, the original spare parts are expensive, but the production capacity of the plant allows to make elements of the machine and hardware on its own, that significantly reduces the cost of work, and secondly, both enterprises are in the same structure - the KANEX group, that much simplifies communication. However, further orders to the Kyshmym plant are not guaranteed, it will depend on how well the Muckmaster 100D will show itself after the repair. 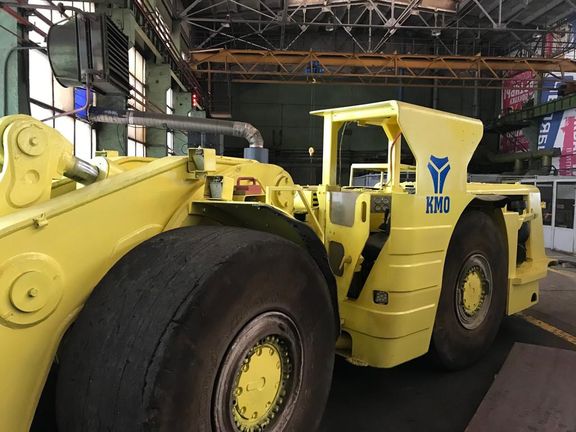 Back to list
Новости
Still have
questions?
Managers of the company will be happy to help you, calculate the cost of goods or services, and prepare an individual commercial offer.
Ask question